DRIVE TO SURVIVE – the message from the Fleet Managers’ Association, and the subject of their next forum. See more at http://afma.net.au/event/81 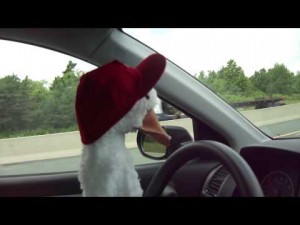 Driver Health & Safety – How do your drivers really behave behind the wheel? This time we’re serious. No more slaps on the wrist or finger-waving lectures about driving like a goose. On August 9 at the MGSM Conference Centre, we’re going to have a serious talk about bad driving.

One young man who still suffers the consequences of a poor decision made while driving is going to share his confronting story. Jarrad was like any other 20-year-old with a licence to freedom and whimsical attitude to driving. Until he came unstuck. A decade later he’s still battling his horrific brain injury every day. We’re very lucky to have him join us.

Last but not least, Monash University Accident Research Centre’s Dr. Sharon Newnam is going to reveal some of the psychology behind poor driving and how it can be addressed through policy.

Don’t get stuck at the lights. Click the link below and buckle up for one of the most informative and influential AFMA forums you’ll attend in 2016. If you don’t make any others, make it to this one on August 9 at the MGSM Conference Centre, 99 Talavera Rd, Macquarie Park NSW 2113. Breakfast is on us.